This beautiful one acre walled garden near Colchester was an original feature to a Georgian property. Set in 14 acres of land, the client wanted to develop the walled garden into something a little more structured. There was an existing swimming pool at one end and old fruit trees along the walls but, other than this and some low hedging, the garden was a blank canvas. Open on one side, the drive to the house ran parallel.

The brief was to include a pool house which could be self sufficient in terms of facilities, including a kitchen. We set out a suggested structure for the building, in keeping with the design layout, but then handed over to the architects to complete.

The clients wanted to use the garden for entertaining and, in keeping with true Georgian tradition, we included features such as the folly and parterre and shapely trees. Georgian Architecture is classical yet fun; structure and balance are mainstays and set a formal tone, but flamboyance was also popular.

With this in mind, the design wasn't necessarily truly Georgian but an interpretation for a modern day version with nods to some of those traditional features. Site lines were highly valued. The design divides the garden into three sections but the unifying factors are proportion and the central line focus.

The garden was walled only on 3 sides in full and partially on the fourth side. It was anticipated that guests could arrive by approaching from this unwalled section so a statement statue set off with successional planting was included. The design actually used a very masculine statue here whereas a more feminine form was used in the central water feature nearby. These details hinge on the theme of balance and fun, and the garden is telling a story.

One of the challenges was that the client wasn't keen to employ a team of gardeners and, whilst they wanted perennials and other pretties, the overall maintenance level was to be kept to a minimum. To overcome this, a third of the garden is hard landscaping with just two statement trees nestled within a water feature. The middle section will be dominated by hedging and trees with long flowering filler plants such as Erigeron karavinskianus, Nepeta and Geranium. Finally, the last section will mainly be lawn with Taxus baccata domes to add interest. 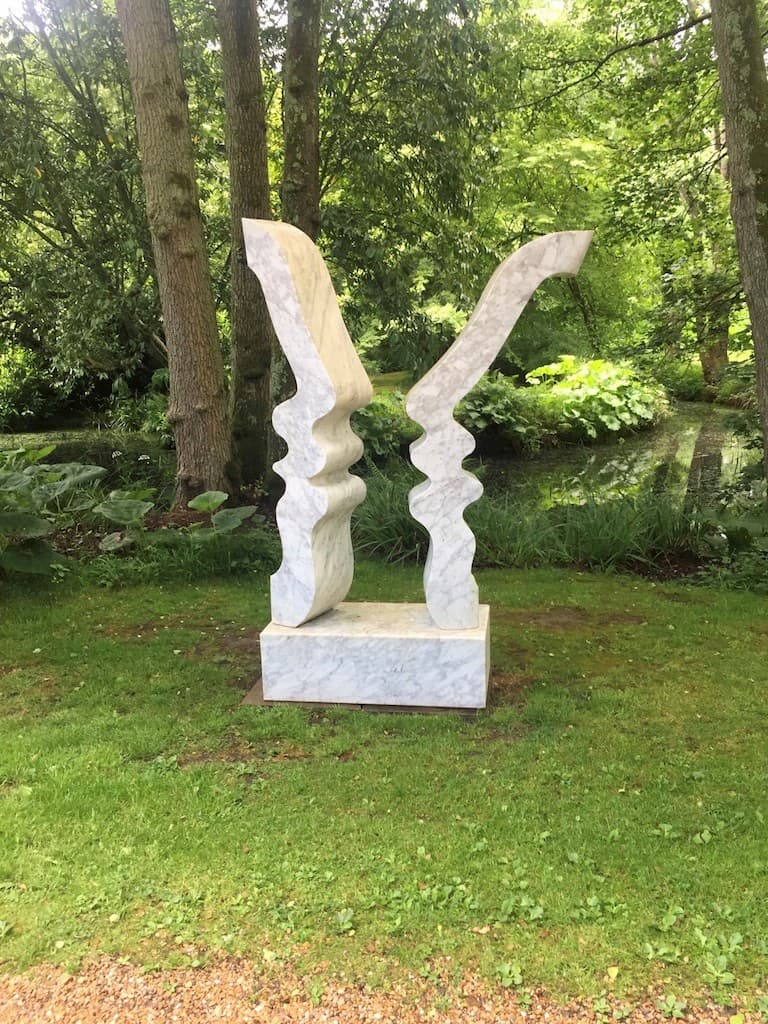 Inspiration
The Best Plants for a Low Maintenance Garden

There's no such thing as a no-maintenance garden but there are plants which will work harder for you. We review our favourites with tips on where they will perform best.

Read More
What to expect from a Garden Designer?

Visualising your dream garden is an important stage of the garden design process but what other services do Garden Designers offer?

Read More
Where to Look for Garden Inspiration

Read More
Contact us to get started
Get in Touch